It all began with a strange and mysterious occurrence. April O’Neil had been at her day job as a lab assistant at the science facility when, suddenly, the entire building was engulfed in an electric blue energy field. When it had cleared, April was nowhere to be found and her coworkers were nowhere to be found in the entire facility, as if they had all disappeared.

The Turtles had been skeptical of the strange story at first, but they knew they had to investigate. After some research and clued-in sleuthing, they had discovered the same electric blue field April had been transported in was the same one that had been recorded in the annals of ancient Japan, centuries before. With no other leads, the Turtles decided to travel to ancient Japan to find April and, hopefully, some answers.

It was no easy task. With no map or GPS, the Turtles had to use the stars and the little knowledge they had of the area to find their way. The journey took them across unfamiliar terrain, and they often encountered dangerous creatures and obstacles. But they continued on, driven by their desire to find April and, of course, their love of pizza.

Finally, after what felt like an eternity, the Turtles arrived at their destination: ancient Japan, 1393. Little did they know their journey was only beginning….

The Turtles didn’t find April waiting for them. Instead, they found themselves in a battle with a powerful warlord. He had been the one responsible for April’s disappearance, and he had been using her for energy for his own evil ends. The Turtles fought bravely, but were no match for the powerful warlord.

Just when it seemed all hope was lost, a mysterious figure appeared from the shadows. It was April, and she had awoken from her enchanted sleep. With her newfound power, she was able to break the warlord’s spell and use her own energy to fight back against him.

The Turtles were overjoyed to see April and fought alongside her for the rest of the battle. With the warlord defeated, the Turtles were finally able to take April home and back to their home in the sewers.

April had changed during her long journey, and was now more confident and determined than ever before. She even joined the Turtles on their adventures when they needed her help.

The Turtles and April’s friendship had never been stronger, and they would continue to protect each other and fight evil forces together for many years to come.

Some scenes from the AI movie Teenage Mutant Ninja Turtles 3

A large, modern science facility stands in the middle of a sprawling city. It’s a quiet day until suddenly, an electric blue energy field erupts from the building and covers it entirely.

April, one of the lab assistants, slowly stands up and takes a step forward. She looks around, her eyes wide in disbelief.

The energy field fades away, leaving the facility and the city eerily quiet.

The Turtles are hanging out in the sewers, enjoying a pizza and playing video games. Suddenly, they hear strange noises coming from above.

Did you guys hear that?

Michelangelo jumps up, grabs his nunchucks, and runs out of the room.

The Turtles emerge from the sewers and approach the science facility. They look around, confused.

Look! That’s the same energy field we heard stories about!

The Turtles look at each other, their eyes widening with realization.

April must be in there!

The Turtles travel through the dense Makai forest in search of April. They dodge branches, weave in and out of trees, and occasionally fight off monsters that stand in their way.

Suddenly, they come upon a clearing in the forest. In the center of it stands a sprawling castle surrounded by a large moat.

That has to be it.

The Turtles make their way to the castle. As they draw nearer, they can see it is being guarded by a large, menacing warlord.

We’ve found April, but now we have to get past him to get to her.

Leave this to me.

The Turtles watch as Donatello approaches the warlord and begins to battle with him. The warlord is strong, but Donatello is determined and eventually he defeats the warlord.

April emerges from the castle, her eyes wide with amazement. The Turtles rush to hug her, tears of joy streaming down their faces.

April, we found you!

April smiles and embraces her friends.

Thank you all. I knew I could count on you.

The Turtles smile back, relieved to have April back in their lives. The adventure was over, but the friendship between them had only just begun.

The Turtles escort April back to their underground home. As they walk, they talk about their adventures in ancient Japan and marvel at April’s newfound abilities.

Suddenly, they hear a strange noise coming from a nearby room. They enter to find a mysterious figure lurking in the shadows.

The figure steps out of the shadows and reveals himself to be an old man.

Fear not, my children. I am the one who sent you on this quest. I am here to give thanks.

The Turtles look at him in confusion.

You have returned with my most valued possession. The one I never thought I would see again.

April looks up at the old man, her eyes filled with recognition.

You…you sent me away?

Yes. I sent you away with the energy field so no one could find you. When I heard of your return, I knew it was time to thank you properly.

The Turtles look back and forth between the old man and April, unsure of what was happening.

The old man smiles and takes a step forward.

April, you are the one I chose to save this world from the evil forces lurking in the shadows. You possess a powerful energy that can keep us all safe. It is my duty to ensure you are taken care of, both now and in the future.

The Turtles are overcome with emotion. They exchange a look and nod, understanding what the old man is saying.

You saved us all, April. We’ll make sure you have everything you need.

April smiles gratefully and the Turtles embrace her in a big group hug. They look out into the future, determined to protect April, the city, and each other.

April and the Turtles walk down the street. People stop and stare in awe as they pass, and April can now see the impact she has on the world around her.

That old man was right. You sure have a powerful energy.

April laughs, but looks away bashfully.

They turn a corner and April stops, her eyes widening as she looks up.

The Turtles follow her gaze and see a giant billboard featuring April. On it, she is wearing her usual yellow jumpsuit and standing proudly in front of the Turtles.

April smiles, taking in the sight.

I guess the old man was right. I am a hero.

The Turtles wrap an arm around April, proud to call her their friend. 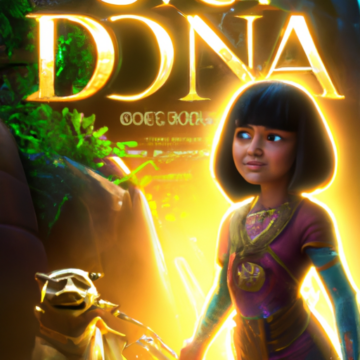 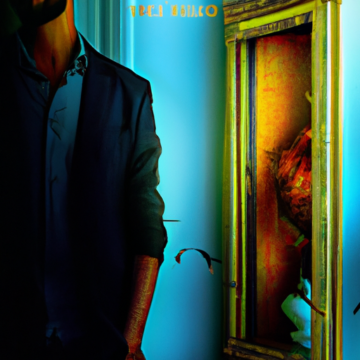 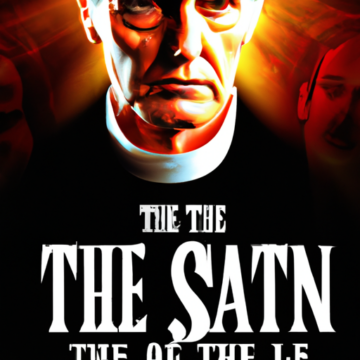 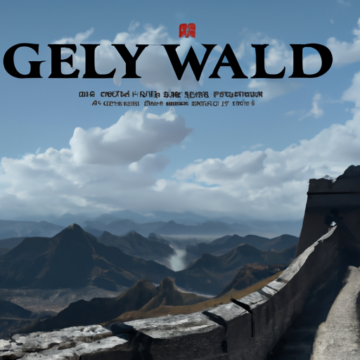