It was an ordinary day in the North Pole when all of a sudden, an unexpected visitor arrived. A tall, lanky figure with an unruly beard and wild gray eyes stepped out of the snowdrift and into the workshop. It was none other than Fred Claus: Santa’s brother. He had been away from home for nearly two decades, and it had been many years since the elves had seen him. They were thoroughly surprised to see him back in the workshop and the elves had a lot of questions.

Santa’s reaction was rather different though. He was overjoyed to have his brother back and welcomed him with open arms. After a lengthy reunion, Santa finally asked why Fred had come back. Fred explained that he had been on a quest to find himself, and in doing so, he had realized the important role he could have in his brother’s life. He wanted to prove to Santa that he was capable of doing something worthwhile and was determined to help make Christmas a success. Santa was touched by his brother’s dedication and offered him a job.

Fred was quickly put to work in the workshop and for the first few weeks, he found it hard to adjust to the new routine. He was clumsy and often tripped over his own feet, but with a bit of practice, he began to find his footing. Needless to say, the elves were delighted to have him, as his mischievousness brought a whole new wave of energy to the workshop.

Fred’s enthusiasm for his new job was quickly evident, and the other elves couldn’t help but admire his dedication. He worked diligently each day, often staying way past his shift to make sure everything was just right. As the weeks passed, he became a role model to the younger elves, teaching them the value of hard work and determination.

Santa was immensely proud of his brother’s efforts and wanted to make sure Fred was properly rewarded. One day, Santa gathered all the elves together and announced that he was facing a big challenge: the holiday season was coming up and he needed to construct all the toys in time. To help, Santa gave Fred a very special job – he was to lead the elves in building the toys.

Fred was ecstatic and quickly took the task to heart. He set up daily schedules and led the elves in creating all the toys for the holiday season. Even with the help of elves, it was a difficult task and there were several setbacks along the way. But Fred persevered and eventually, the elves were able to create all the toys.

With all the toys ready, it was time for Santa to deliver them to the children of the world. The night before Christmas, Fred said his goodbye and wished Santa a safe journey. As Santa flew off, Fred watched from the workshop with a sense of pride, knowing his brother was confidently completing his mission.

Finally, after weeks of hard work, Christmas was here! Fred was invited to join the celebrations, and it was truly heartwarming to see the children’s reactions when they opened their gifts. The elves happily gathered around Fred and praised him for his efforts. Although it wasn’t easy, he had lent his brother an invaluable helping hand.

When the celebrations ended, it was finally time for Fred to say goodbye. But before he left, Santa gifted his brother a special present – a magic key that would always bring him back to the North Pole. Fred said an emotional farewell and returned home, content with the knowledge that he had played an important role in his brother’s story.

It’s been several years since that fateful Christmas night and Fred has kept his brother’s gift close to his heart. He visits the North Pole every year, bringing joy and laughter wherever he goes. The elves now consider him an honorary member of the family, and he’s developed close bonds with them. To this day, his presence still brings a smile to Santa’s face and reminds everyone that kindness, dedication and hard work are the keys to making Christmas a success.

Santa’s Workshop is bustling with elves who are busy preparing for Christmas. The giant sleigh is glistening and there’s a light snowfall. A figure in a red suit and hat approaches the entrance, Fred Claus.

So, here goes nothing.

He takes a deep breath and steps inside.

The elves notice Fred and stop what they’re doing to stare.

Is it really him?

Elf 1 heads over to Fred and shakes his hand.

Welcome, Fred! We heard about you.

Elf 1 leads him over to Santa, who is busy at work.

Fred, it’s so good to see you!

Santa notices the elves and scowls.

What are you all doing? Get back to work!

The elves scurry away, leaving Fred and Santa alone.

Santa points to the workshop.

This is my kingdom. What do you think?

Santa leads Fred over to a large area filled with toys.

This is where I make the toys for the children.

You make all these yourself?

These are nice. But, what about the naughty children?

Santa laughs and points to a large pile of coal.

I have something special for them.

Fred stares at the pile of coal and frowns.

It may not be nice, but it’s necessary.

Fred and Santa emerge from the workshop. Santa gestures to the sleigh.

How about a ride?

Fred reluctantly agrees and takes his seat in the sleigh.

The sleigh soars through the sky. Santa points out different landmarks to Fred.

That’s the Eiffel Tower. And that’s the Empire State Building.

Fred looks out the window, amazed.

Santa smiles and pats Fred on the shoulder.

The sleigh lands back in the North Pole. Fred climbs out and looks around, almost in wonder.

The elves have gathered around Fred, eager to get to know him. Fred nervously smiles back.

So, are you gonna help us make toys?

No. I was thinking maybe I could help you with the deliveries.

The elves gasp in awe.

That would be amazing!

It’s a deal then.

The elves cheer and begin to prepare for the big night.

It’s Christmas Eve and Santa’s sleigh is loaded with presents. Fred and the elves help Santa get ready.

Are you ready, Fred?

Santa laughs and they all climb into the sleigh.

The sleigh soars through the night sky, delivering presents to children all around the world. By the time they return to the North Pole, it’s morning.

The elves cheer as Santa and Fred return. Santa smiles and embraces his brother.

You did great, Fred. I’m proud of you.

Fred blushes and looks away.

Santa pats him on the back and leads him back into the workshop.

The elves cheer for Fred as he walks in. Santa takes his hat off and places it on Fred’s head.

Let’s hear it for Fred Claus, newest member of the team!

The elves cheer and embrace Fred, thrilled to have him as part of the family. 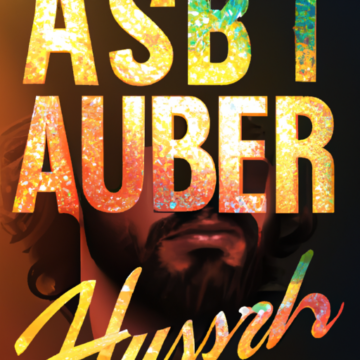 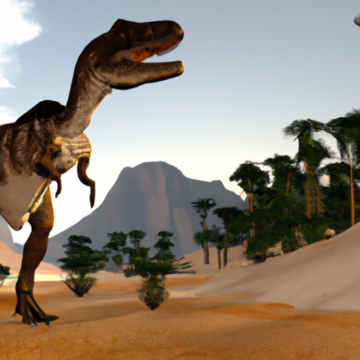 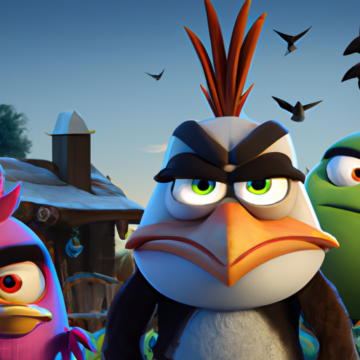 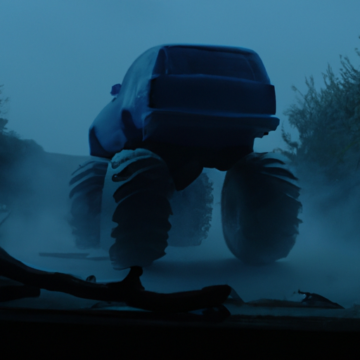