It was a cold, dark Antarctic winter. Two research stations lay miles apart, the American one and the Norwegian one. The American team had been sent to exchange personnel and supplies with the Norwegians and observe their Northern Lights project—the scientific research of the Aurora Borealis. But what the team found when they arrived was a chilling and mysterious sight: no one was there.

The station was empty—not a single living person in sight. Worse still, the Norwegian team had apparently been burned, as ashes of their bodies were scattered throughout the station. What even more baffled the American team was what they found in the laboratory: the charred remains of a strange creature, one unlike anything they had ever seen before.

The American research team was in shock when they discovered their Norwegian counterparts were missing or dead. The team spent days combing through the station and found a few clues as to what had happened to the Norwegians. In the laboratory they discovered a large piece of charred matter, the remains of a creature they’d never seen before.

The team quickly realized the creature was not from Earth. They took the remains back to their station, where they began researching the creature and what it was capable of. After examining it under microscopes, they noticed tiny particles that could be manipulating the cells, fusing them together and transforming them into something else.

What the team didn’t realize was that these particles carried the alien virus, a virus capable of taking over and assimilating into other life forms with deadly consequences.

Over the next few days, the team noticed strange behaviors from some members. When they looked back through the records, they noticed that these people had been the ones that had gone back to the Norwegian Laboratory and had direct contact with the creature.

The team tried to contain the virus, but it seemed to be spreading quickly. Soon, more people were becoming infected and transforming into something eerily inhuman. They seemed to be taken over by a force, unable to control themselves as they began to act out aggressively and attempt to infect the other team members.

Desperate to find a solution, the team resorted to even more extreme measures. They implemented a quarantine, separating all infected members into a single group and eliminating anyone who seemed to be infected.

While they managed to contain the virus, it was only a matter of time before it spread beyond the walls of their station.

The team knew their time was running out and that the virus was quickly becoming a global threat. They quickly began to look for a way to stop the virus from spreading. They studied the burnt remains of the creature and compared its DNA to other known creatures from around the world.

The team discovered the alien had a number of unique properties, as well as an immunity to most forms of radiation. They knew that whatever was controlling the alien must be incredibly powerful.

They also found that the virus could be slowed down by introducing a certain type of bacteria, one capable of mutating and adapting to the alien virus.

With the help of the bacteria, the team was able to slow down the virus but they knew it didn’t provide a definitive solution. They decided to send in a specialized team to the source of the infection and put an end to it. The team consisted of four members: a biologist, a chemist, a physicist, and a military specialist.

The team traveled to the source of the infection, an abandoned mining facility in the Antarctic. They discovered a strange lab full of alien technology and a creature with an alien virus. It became clear that the virus had spread far beyond their station and threatened the entire planet.

The team came up with a plan to rid the planet of the virus. They created an antidote and filled the lab with the bacteria to weaken the virus. Then they detonated a bomb, destroying the lab and hopefully eradicating the virus.

With the virus seemingly gone, the team returned to the station to see if their efforts had been successful. After days of waiting, they received confirmation that the virus had been stopped and the planet was saved.

The team celebrated with a huge victory party, but their celebration was short-lived. The team soon realized that the virus had left them with scars. The virus had affected their bodies in ways they hadn’t expected, and some of them had even gained superhuman abilities.

The team soon realized that the virus had changed them, and there was no undoing it. It would be a constant reminder of what they had gone through and the effect it had on them.

The team knew that the virus was gone, but it had turned their lives upside down. They struggled with the knowledge that it had changed them forever, and some of them even contemplated leaving the station and starting over elsewhere.

In the end, they chose to stay. They had gone too far to turn back now, and they knew they could make a real difference in the world.

They continued to research and study the virus, hoping to find a way to undo the effects it had on them. They dedicated their lives to helping those affected by the virus, and they vowed to never let something like this happen again.

It had been months since the virus had been stopped and many things had changed since then. The team had gained a new appreciation for life and the power of science.

They had grown closer and realized that even with the effects of the virus, they were still the same people at the end of it all. They had learned to accept the changes and continue on with their lives.

The team’s research into the virus had been instrumental in understanding and containing the virus before it spread any further. They had saved the planet from destruction, and in the process, found a newfound purpose in life.

The American research station was no more, but their legacy would live on as a reminder of their courage and resilience in the face of an unbeatable foe.

The US research station is small and isolated, surrounded by nothing but snow and ice as far as the eye can see.

The US team flies in a ski plane towards a Norwegian base in the distance.

The team members exchange concerned looks as they approach the Norwegian base.

The US team lands the ski plane and steps out. They are met with a silent and eerie scene.

The US team is horrified to discover that the Norwegians have been killed or have disappeared, leaving behind only a charred corpse.

As the team begins to investigate, they find the remains of a strange creature burning in a fire pit.

The team takes the creature back to the research station for examination. After some tests, they deduce that the creature is an alien life form that has the ability to take over and assimilate into other life forms, including humans.

The team is horrified by the alien’s ability to spread like a virus and attempts to come up with a plan to contain it.

The US team finds an abandoned military base on the polar ice cap and decides to use it as their new base of operations.

The team sets up a perimeter around the base and begins to devise ways of containing the alien threat.

The team eventually succeeds in containing the alien and securing the base. They have managed to save the world from a potential alien threat. 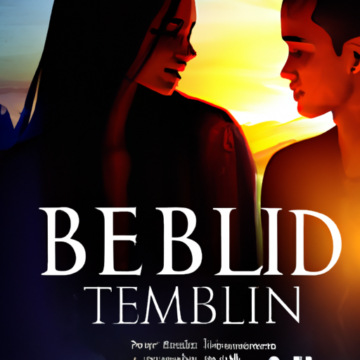 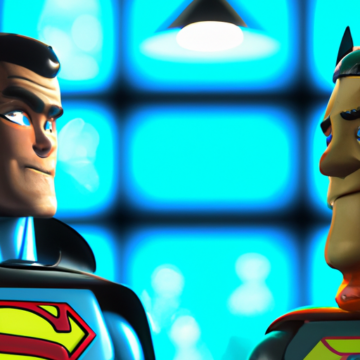 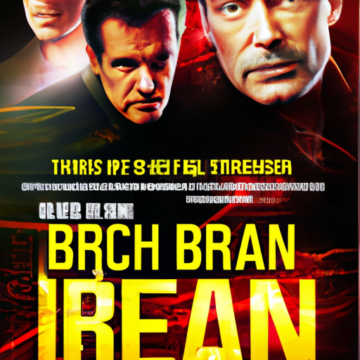