The squad meander through the dense greenery, their heavy boots crunching as they trudge through the mud and dirt below. The thick foliage obscures their mission as they make their way towards the ancient seal. All around them, the sound of battle rages. The occasional shell whizzes by, exploding in the distance.

The squad comes to a clearing and pauses. Ahead of them lies an imposing entrance, carved into a rocky outcrop. Streaks of metal weave across the entrance, an ancient seal. The squad exchanges nervous glances; this is it. This is their chance to save humanity from the mutant scourge.

Slowly, the squad advances, weapons at the ready. They reach the entrance and pause, gazing in awe at the ancient gate before them. The squad exchanges looks once more, and as one, they press forward, into the unknown.

The squad traverses a long winding corridor, illuminated by a faint blue light. The walls of the corridor seem to shift and move, the eerie murmur of the mutants echoing in the distance.

The squad exchanges nervous looks, edging closer to the entrance. They enter and find themselves in a large hall, filled with mutant creatures. The mutants gaze upon the squad with malice, their eyes glowing red and their sharp claws reaching out towards them.

The squad readies their weapons and advances, readying to protect the human race from the mutant scourge.

The squad takes action, their weapons blazing as they cut through the horde of mutants. They dive and roll across the chamber, aiming their weapons with precision and deadly intent.

Amidst the chaos and carnage, the squad slowly begins to make progress, pushing the mutants back and edging ever closer to the center of the chamber. Finally, the squad stands victorious; the mutants defeated, the ancient seal shattered.

However, their victory is short lived. A loud rumble echoes through the chamber and the ground suddenly trembles beneath their feet. The mutants have activated a powerful artifact, an ancient bomb meant to destroy the planet.

The squad has only seconds to find a way to stop the bomb; their lives and the fate of humanity resting in the balance.

The squad scrambles, searching desperately for a way to disarm the bomb. Time is running out and the rumble of the bomb getting ever louder. Suddenly, they spot an ancient control panel, its lights flickering with power.

The squad rushes to the panel and begins pressing buttons, trying to identify the correct sequence to deactivate the bomb. They frantically search for the answer, fingers a blur as they frantically press buttons.

Suddenly, their search is rewarded; the bomb clicks and stops, its rumble ceasing. The squad breathes a sigh of relief, their mission successful.

The squad quickly exits the chamber, eager to return to the surface and inform their commanding officers of their success.

The squad returns to the surface, exhausted yet triumphant. They make their way to their headquarters, a small encampment amidst the ruins of a ravaged city.

The squad quickly briefs their commanding officers on the situation, informing them that they have succeeded in thwarting the mutant’s plans. The officers praise the squad, their deeds finally earning them the respect they deserve.

The war on earth continues, but the mutants have been vanquished and the planet is safe once more. The prophecy of the Mutant Chronicles has been fulfilled and the squad is hailed as heroes for their brave deeds.

The planet may still be ravaged by war, but for the moment, the squad can bask in the knowledge that they have saved humanity from extinction.

(FADE IN: A distant horizon, smoke rising from burning buildings and the sound of chaos emanating from the ongoing conflict. A group of soldiers, exhausted from days long travel, prepare a camp for the night. All is nearly silent, save for the clatter of gear and the occasional whisper.)

Yeah, but we’ve still got a long way to go.

(The woman and man approach and stop at the edge of the camp. The woman bears a strange symbol on her clothing. The man’s face is hidden in shadows, obscuring his identity.)

I’ve been looking for you. I have a message for you all.

The time has come for you to fulfill the prophesy of the Mutant Chronicles. An ancient seal has been broken, releasing a force of great evil into this world. You must descend into the earth and restore the balance.

We have our orders.

What’s this symbol you bear?

It is the mark of the Chronicle. It is your protection on this journey and will guide you through the darkness.

(The man steps forward and reveals himself. He is wearing a deep crimson cloak, bearing the same symbol as his companion.)

We will guide you through the journey. Do not fear, for we are with you.

(The soldiers stand in reverence as the man and woman turn and depart. The soldiers feel a strange calmness, knowing that they are doing what must be done.)

(FADE IN: The squad stands at the entrance of the great tomb, the walls inscribed with ancient glyphs. The soldiers light torches and enter the darkness, their footsteps echoing through the chamber as they progress further underground.)

It’s just as the prophecy said.

(The soldiers come to a large chamber, illuminated by a strange light emanating from a pedestal in the center of the room. On the pedestal is a glowing artifact, shimmering with a strange energy.)

This is the source of the evil that now plagues the world. It must be destroyed.

(The man from earlier appears, carrying a large axe. He steps forward and motions for the soldiers to back away. He raises the axe and smashes the artifact into pieces, causing an eruption of light.)

Yes. We have restored the balance. You may now depart this place in peace.

(The man turns and begins to walk away, disappearing into the darkness. The soldiers look on in awe at the destruction they have caused. A profound feeling of peace and accomplishment fills them as they make their way back to the surface.) 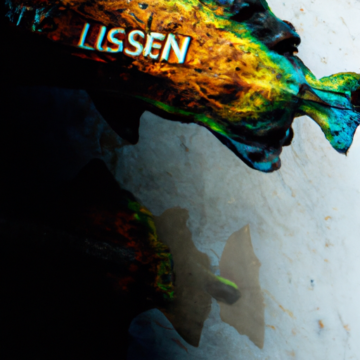 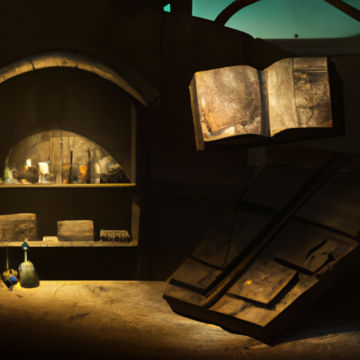 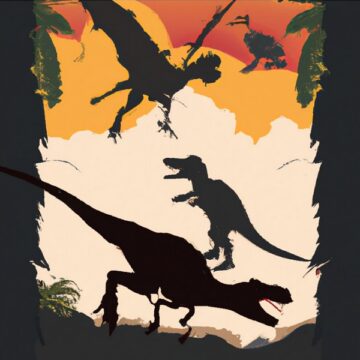 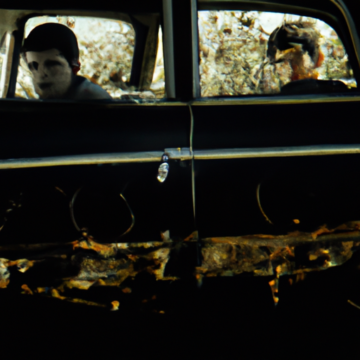